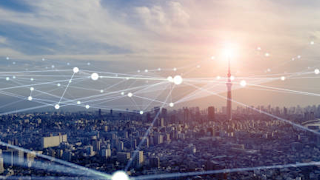 Whether you were unable to physically go to Mobile World Congress, or were too busy to catch all the announcements, I figured I would put together a brief overview of what we announced this year.

This is also an excellent explanation to those who have been asking what decided me to come work for NEC. If you read the following, I think you will get a good idea.

Besides working with amazing teams and very smart people, what drawn me to NEC is the continuation of innovation and deployment of open and disaggregated networks I started as an independent analyst at {Core Analysis}, as an executive at Telefonica and as an advisor at Bell Canada.

Our first big announcement was from Vodafone UK, selecting NEC for deployment of our 5G Massive MIMO radio units in the UK. It was promptly followed by Deutsche Telekom announcing NEC 5G open RAN mMIMO in Germany. NEC is proving once again its market leadership in Open RAN with the deployment of Radio Units in dense urban environments at commercial scale. Many vendors have massive MIMO technology, some vendors are Open RAN, we are the first and the only one to have deployed massive MIMO Open RAN in urban networks. This will change and we welcome the competition for this market to grow.

As Open RAN becomes mainstream, the opportunity for cost savings and new savings relies on the optimization of virtual resources. This selection of NEC by NTT DOCOMO to develop their Radio Intelligent Controller (RIC) is another testament of our innovation and pioneering spirit.

NEC is focusing on providing RUs that are high performance high quality and completely open. We share this philosophy with MTI and that is why we are proud to have announced a strategic partnership with them.

The other important part of Open RAN is the software. NEC has been recognized as a leading solutions integrator of third parties in that space and will continue to do so, but in complement has announced the launch of of its own cloud native high performance open RAN software offering. 5G success depends on a rich ecosystem and an abundance of vendors.

Shifting from Open RAN, 5G's success will be realized through the capacity to create connectivity products that are adapted to the different use cases. A key element for this a core network that is cloud native, capable of being deployed in public or private clouds and that is blazingly fast. We are proud to announce the world fastest 5G Core network deployed in Rakuten's mobile network, in collaboration with Intel. At the same time, we showed off our deployment together with Netcracker on AWS cloud.

Private and enterprise networks are an important part of 5G and we announced our collaboration with NTT data to promote solutions to accelerate its adoption.

By now, you probably understand why I am so humbled to have been invited to join NEC and to support all these products and teams. It is a great privilege to be able to continue contributing to an open, disaggregated, high performance 5G. More to come soon, stay tuned!

There is something that has been irking me for the last few months: everyone in telco seems to carry on thinking that they will continue have a single omnipotent centralized core network. Even though variations between workloads (voice vs browsing vs video vs gaming vs AR vs AI vs IoT...) continue to amplify and the business models (owned, and operated, IaaS, SaaS, PaaS...) increasingly require separate command and control.

The answer seems to be that slicing will magically solve everything. I fail to understand how slicing can accommodate diverging simultaneous needs from the same infrastructure without overprovisioning but that's a question for another time.

What troubles me most, is that networks have dealt with separate cores for a long time. In many cases, because of IoT or B2B business units who could not afford the timelines and costs of adapting the centralized core, or because, simply the network authority wanted to separate consumer traffic from enterprises. In other cases, you have network sharing and multi-operator core networks (MOCN) that have emerged as viable solution to segregate and manage traffic in a logical network.

I am not an engineer or a scientist, but it feels like the most advancement in processing in the last years is due to parallelization or specialization, and I don't see silicon vendors building bigger CPUs, but rather orchestrating as many CPUs on the same board as possible to manage concurrent, yet different workloads. This analogy has also seen the emergence of specialized processing units such as GPU or TPUs for specific workloads, in specific circumstances...

Now that most cloud providers and many telco vendors have proven the compatibility of their core network (at least the control plane) with cloud infrastructure and networks, I don't understand why telco standards and industry still feel that 5G will have THE core network to evolve to, and that, when, it will be 5G, when it will be standalone, when it will support slicing, when it will have a platform to recognize, identify, reserve, network resources, when it will be able to create dynamic slices on demand... all will be solved.

I feel that many of these issues have been resolved yet? Slicing is just a new iteration of tunneling, VPN, packet tagging, traffic shaping that are today prevalent in many networks. Cloud providers have effectively solved most of these challenges within their networks already so why are telcos trying to reinvent the wheel?

Wishing a single, unique, centralized core is not necessarily going to make it so. Other telcos, cloud providers, soon industry verticals, governments, IT vendors will have their core. Thinking that the telco single core architecture will be able to manage all workloads and use cases and verticals simultaneously in a 5G world seems too much like magical thinking.

If you're a telco, you might not like it but you better plan for a multi core network, because others will be soon, whether you want it or not. Chances are there are already premises in the third party caches and edge infrastructure being deployed in your networks.