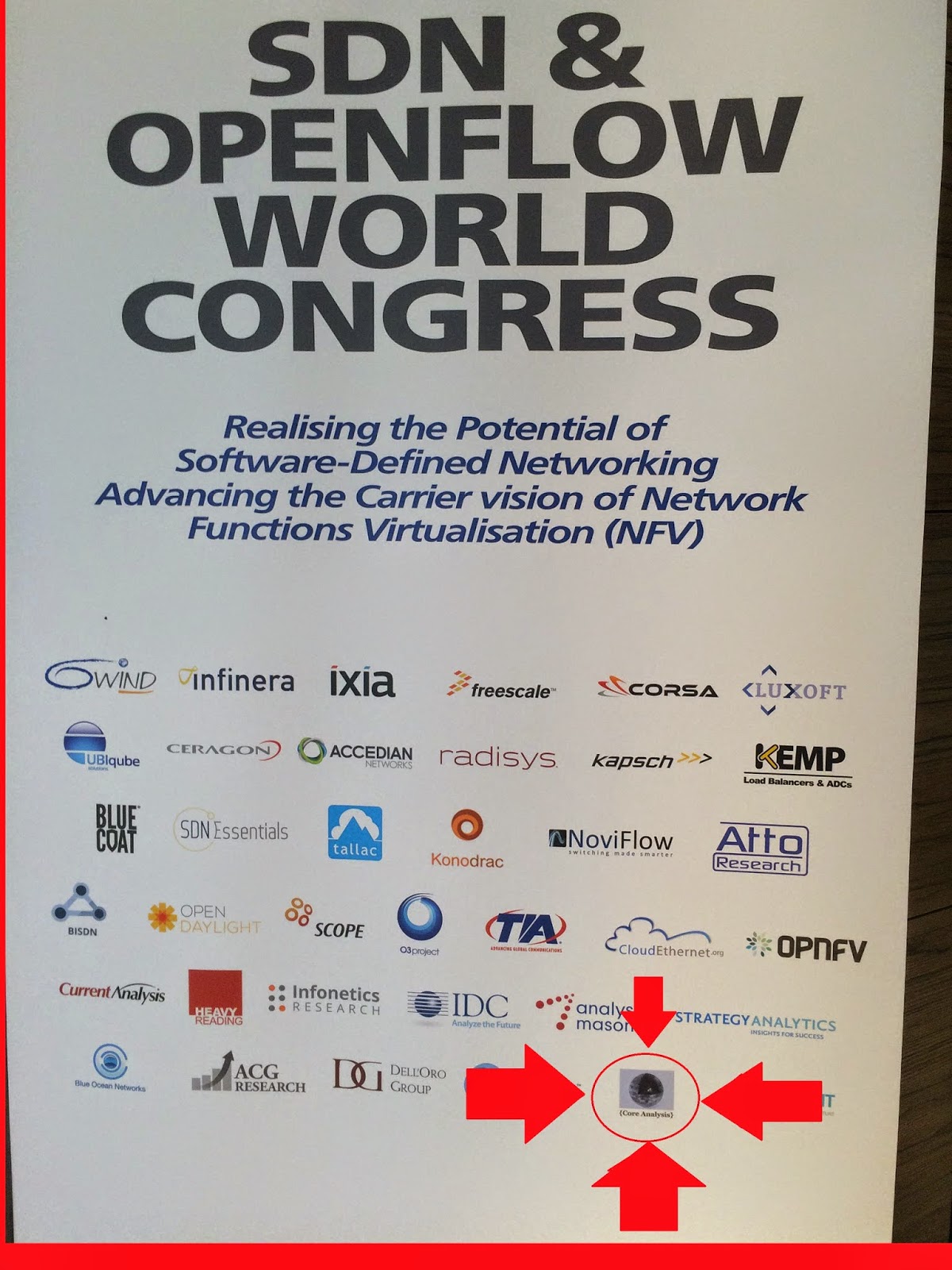 Wow! last week was a busy week for everything SDN / NFV, particularly in wireless. My in-depth analysis of the segment is captured in my report. Here are a few thoughts on the last news.

First, as is now almost traditional, a third white paper was released by network operators on Network Functions Virtualizations. Notably, the original group of 13 who co-wrote the first manifesto that spurred the creation of ETSI ISG NFV has now grown to 30. The Industry Specification Group now counts 235 companies (including yours truly) and has seen 25 Proof of Concepts initiated. In short the white paper announces another 2 year term of effort beyond the initial timeframe. This new phase will focus on multi-vendor orchestration operability, and integration with legacy OSS/BSS functions.

MANO (orchestration) remains a point of contention and many start to recognise the growing threat and opportunity the function represents. Some operators (like Telefonica) seem actually to have reached the same conclusions as I in this blog and are starting to look deeply into what implementing MANO means for the ecosystem.

I will go today a step further. I believe that MANO in NFV has the potential to evolve the same way as the app stores in wireless. It is probably an apt comparison. Both are used to safekeep, reference, inventory, manage the propagation and lifecycle of software instances.

In both cases, the referencing of the apps/VNF  is a manual process, with arbitrary rules that can lead to dominant position if not caught early. It would be relatively easy, in this nascent market to have an orchestrator integrate as many VNFs as possible, with some "extensions" to lock-in this segment like Apple and Google did with mobiles.

I know, "Open" is the new "Organic", but for me, there is a clear need to maybe create an open source MANO project, lets call it "OpenHand"?

You can view below a mash-up of the presentations I gave at the show last week and the SDN & NFV USA in Dallas the week before below.

More notes on these past few weeks soon. Stay tuned.
Posted by Patrick Lopez at 20.10.14