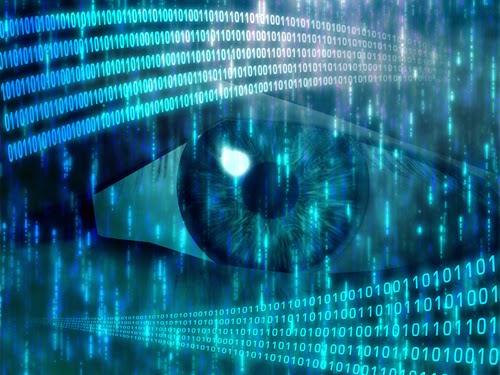 Last year, around this time, I had made some predictions for 2014. Let's have a look at how I fared and I'll risk some opinions for 2015.
Before predictions, though, new year, new web site, check it out at coreanalysis.ca

"OTT video content providers are reaching a stage of maturity where content creation / acquisition was the key in the first phase, followed by subscriber acquisition. As they reach critical mass, the game will change and they will need to simultaneously maximize monetization options by segmenting their user base into new price plans and find a way to unlock value in the mobile market."
On that front, content creation / acquisition still remains a key focus of large video OTT (See Netflix' launch of Marco Polo for $90m). Netflix has reported  $8.9B of content obligations as of September 2014. On the monetization, front, we have also seen signs of maturity, with YouTube experimenting on new premium channels and Netflix charging premium for 4K streaming. HBO has started to break out of its payTV shell and has signed deals to be delivered as online broadband only subscriptions, without cable/satellite.
Netflix has signed a variety of deals with european MSOs and broadband operators as they launched there in 2014.
While many OTT, particularly social networks and radio/ audio streaming have collaborated and signed deals with mobile network operators, we are seeing also a tendency to increasingly encrypt and obfuscate online services to avoid network operators meddling in content delivery.
Both trends will likely accelerate in 2015, with more deals being struck between OTT and network operators for subscription-based zero-rated data services. We will also see in mobile networks the proportion of encrypted data traffic raise from the low 10's to at least 30% of the overall traffic.

The discussion about the place of the network operator and MSO in content and service delivery is still very much active. We have seen, late last year, the latest net neutrality sword rattling from network operators and OTT alike, with even politicians entering the fray and trying to influence the regulatory debates. This will likely not be setted in 2015. As a result, we will see both more cooperation and more competition, with integrated offering (OTT could go full MVNO soon) and encrypted, obfuscated traffic on the rise. We will probably also see the first lawsuits from OTT to carriers with respect to traffic mediation, optimization and management. This adversarial climate will delay further monetization plays relying on mobile advertisement. Only integrated offering between OTT and carriers will be able to avail from this revenue source.
Some operators will step away from the value provider strategy and will embrace wholesale models, trying to sign as many MVNO and OTT as possible, focusing on network excellence. These strategies will fail as the price per byte will decline inexorably, unable to sustain a business model where more capacity requires more investment for diminishing returns.
Some operators will seek to actively manage and mediate the traffic transiting through their networks and will implement HTTPS / SPDY proxy to decrypt and optimize encrypted traffic, wherever legislation is more supple.

CAPEX will be on the rise overall with heterogeneous networks and LTE roll-out taking the lion share of investments.
LTE networks will show signs of weakness in term of peak traffic handling mainly due to video and audio streaming and some networks will accelerate LTE-A investments or aggressively curb traffic through data caps, throttles and onerous pricing strategies.

SDN will continue its progress as a back-office and lab technology in mobile networks but its incapacity to provide reliable, secure, scalable and manageable network capability will prevent it to make a strong commercial debut in wireless networks. 2018 is the likeliest time frame.

NFV will show strong progress and first commercial deployments in wireless networks, but in vertical, proprietary fashion, with legacy functions (DPI, EPC, IMS...) translated in a virtualized environment in a mono vendor approach. We will see also micro deployments in emerging markets where cost of ownership takes precedence over performance or reliability. APAC will also see some commercial deployments in large networks (Japan, Korea) in fairly proprietary implementations.
Orchestration and integration with SDN will be the key investments in the standardization community. The timeframe for mass market interoperable multi vendor commercial deployment is likely 2020.

To conclude this post, my last prediction is that someone will likely be bludgeoned to death with their own selfie stick, I'll put my money on Mobile World Congress 2015 as a likely venue, where I am sure countless companies will give them away, to the collective exasperation and eye-rolling of the Barcelona population.