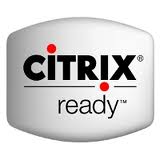 In a press release dated July 28, Citrix Systems has announced that it will collaborate with Elliott Management, an activist investment firm who has amassed 7.1% of the company's common stock and has been advocating for strategic changes in Citrix' product portfolio and operations.

Elliott had announced their plans to actively be involved in Citrix' strategy in a letter to their board on June 11. The letter laid out a plan for Citrix' stock growth and investor value creation including executive and operational changes, as well as spin off or sale of business units, including ByteMobile, acquired for $435m in 2012.
Citrix has announced that they have retained financial advisors for the sale of ByteMobile.

Concurrent with the announcement that Citrix will collaborate with Elliott and give them a board seat, Citrix' CEO has announced his retirement effective as soon as a replacement is found.
Posted by Patrick Lopez at 28.7.15