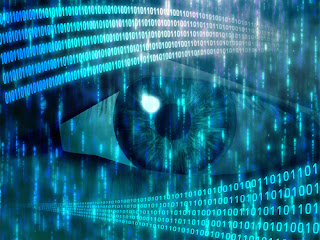 As is now customary, I try to grade what I was predicting for 2015 and see what panned out and what didn't. I'll share as well what I see for 2016.


"They will need to simultaneously maximize monetization options by segmenting their user base into new price plans and find a way to unlock value in the mobile market.While many OTT, particularly social networks and radio/ audio streaming have collaborated and signed deals with mobile network operators, we are seeing also a tendency to increasingly encrypt and obfuscate online services to avoid network operators meddling in content delivery."

On that front, I think that both predictions held true. I was envisioning encryption to jump from 10 to 30% of overall data traffic and I got that wrong, at least in many mature markets, where Netflix is big in mobile, we see upwards of 50% of traffic being encrypted. I still claim some prediction here, with one of my first post indicating the encryption trend 2 years before it started in earnest.

The prediction about segmentation from pricing as OTT services mature has been also largely fulfilled, with YouTube's 4th attempt, by my count, to launch a paid service. Additionally, the trend about content aggregators investing in original content rights acquisition is accelerating with Amazon gearing up for movie theaters and Netflix outspending traditional providers such as BBC with a combined investment by both company estimated in the 9$Bn range. Soon, we are talking real money.

In 2016, we will see an acceleration of traditional digital services that were originally launched for fixed line internet transitioning to predominantly mobile or mobile only plays. Right now, 47% of Facebook users are exclusively through  mobile and account for 78% of the company's revenue. More than 50% of YouTube views are on mobile devices and the corresponding revenue growth is over 100% year on year. 49% of Netflix' 18 to 34 years old demographics watches the service on mobile devices. We have seen signs with Twitter's vine,  and Periscope as well as Spotify , MTV and Facebook that the battlefield will be on video services.

Network operators: Wholesaler or value providers?
The operators in 2016 are still as confused, as a community as in 2015. They perceive threats from each other, which causes many acquisitions, from OTTs, which causes in equal measure many partnership and ill-advised service launches and from regulatory bodies, which causes lawyers to fatten up at the net neutrality / privacy buffet.


"we will see both more cooperation and more competition, with integrated offering (OTT could go full MVNO soon) and encrypted, obfuscated traffic on the rise".

We spoke about encryption, the OTT going full MVNO was somewhat fulfilled by Google's disappointing project Fi launch. On the cooperation front, we have seen a flurry of announcements, mostly centered around sponsored data or zero rated subscription services from Verizon, AT&T.


"We will probably also see the first lawsuits from OTT to carriers with respect to traffic mediation, optimization and management. "

I got that half right. No lawsuit from content providers but heavy fines from regulators on operators who throttle, cap or prioritize content (Sprint, AT&T, ...).


"Some operators will seek to actively manage and mediate the traffic transiting through their networks and will implement HTTPS / SPDY proxy to decrypt and optimize encrypted traffic, wherever legislation is more supple."

I got that dead wrong. Despite interest and trials, operators are not ready to go into open battle with OTT just yet. Decrypting encrypted traffic is certainly illegal in many countries
or at the very least hostile and seems to be only expected from government agencies...

"CAPEX will be on the rise overall with heterogeneous networks and LTE roll-out taking the lion share of investments. LTE networks will show signs of weakness in term of peak traffic handling mainly due to video and audio streaming and some networks will accelerate LTE-A investments or aggressively curb traffic through data caps, throttles and onerous pricing strategies."

"SDN will continue its progress as a back-office and lab technology in mobile networks but its incapacity to provide reliable, secure, scalable and manageable network capability will prevent it to make a strong commercial debut in wireless networks. 2018 is the likeliest time frame."

I maintain the view that SDN is still too immature for mass deployment in mobile networks, although we have seen encouraging trials moving from lab to commercial, we are still a long way from a business case and technology maturity standpoint before we see a mobile network core or RAN running exclusively or mostly on SDN.

"NFV will show strong progress and first commercial deployments in wireless networks, but in vertical, proprietary fashion, with legacy functions (DPI, EPC, IMS...) translated in a virtualized environment in a mono vendor approach. "

We have seen many examples of that this year with various levels of industry and standard support from Connectem, Affirmed Networks, Ericsson, Cisco and Huawei.

"Orchestration and integration with SDN will be the key investments in the standardization community. The timeframe for mass market interoperable multi vendor commercial deployment is likely 2020."

Orchestration, MANO has certainly driven many initiatives (Telefonica OpenMANO) and acquisitions (Ciena acquired Cyan, for example) and remains the key challenge in 2016 and beyond. SDN NFV will not take off unless there is a programmatic framework to link customer facing services to internal services, to functions, to virtual resources to hardware resources in a multi-vendor fashion. I still maintain 2020 as the probable target for this.

In 2016, the new bit of technology I will investigate is Mobile Edge Computing, the capacity to deploy COTS in the radio network, unlocking virtualized services to be positioned at the network's edge, enabling IoT, automotive, Augmented Reality or Virtual Reality services that require minimal latency to access content even faster.

In conclusion, 2016 shows more than ever signs that the house of cards is about to collapse. Data traffic is increasing fast, video is now dominating every networks and it is just starting. With 4K and then 8k around the corner, without talking about virtual or augmented reality, many of the players in the value chain understand that video is going the next few years' battlefield in mobile, OTT and cloud services. This is why we are seeing so much concentration and pivot strategies in the field.
What is new is the fact that if mobile was an ongoing concern or barely on the radar for many so-called OTT, it has now emerged as the predominant if not exclusive market segment in revenue.
This means that more pressure will rain on network operators to offer bandwidth and speed. My reports and workshops show that mobile advertising is not growing fast enough in comparison to the subscribers eyeball moving to mobile screens. This is mostly due to the fact that video services in mobile networks are a pretty low quality service, which will get worse as more subscribers transition to LTE. The key to unlock the value chain will be collaboration between operators and OTT and that will only happen if/when a profitable business model and apportioning of costs is worked out.

At last, my prediction about selfie kills seem to unfortunately have been fulfilled with selfies now killing more people than shark attacks. Inevitably, we have to conclude that in 2016, commercial drones and hoverboards will kill more people than selfies...