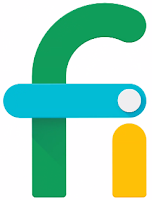 In conclusion, it is an interesting "project", that will be sure to make some noise and have an impact on the already active price war between operators in the US, but on the face of it, there is too little innovation and too much hassle to become a mass market proposition. Operators still have time to figure out new monetization strategies for their services, but more than ever, they must choose between becoming wholesaler or value added providers.
Posted by Patrick Lopez at 10.6.15

Thanks for your assessment, Patrick. I fully agree. It's their 1st incarnation of the connectivity Service and clearly an experiment they are trying to learn from (& probably following the "fail fast, fail cheap" Mantra) which might explain the really miserable roaming deal.

1. However what I'm still not fully clear of is what motives are driving Google? And is it only specifically true for the US market?

These are my hypotheses (which I haven't validated with data)concerning the US market:
1. Google’s main market and highest contributor to firm performance
2. Has poor mobile coverage -> hygienic element for Google’s internet services over mobile (present & future)
3. High public WiFi network penetration
4. Poor Price-performance for connectivity and lack of price transparency/certainly to consumers -> aspects that might limit Google's (new) services takeup

In short, would Google replicate this model for other markets that seem to have the similar conditions above?

I believe their motivation comes from the fact that mobile viewership of their content and properties (YouTube, advertising...) has grown from 5 to 35% in the last 2 years and they are starting to understand that monetization of that channel requires more vertical integration than anticipated. Like for Google TV, the ecosystem is complex and hostile to new entrants and the cost of entry are high.
Your assumptions about the US market are mostly valid, but I do not think they factored heavily in Google's decision. I believe that they mostly needed a market big enough to have critical mass of their other services to use a catalyst to enter the mobile field.