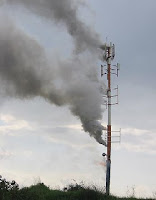 I have been doing more than a dozen due diligence engagements in the virtualized, cloud and disaggregated RAN market space in the last 2 months.

As much as many telco clouds implementation have been somewhat disappointing, due to the inability of the industry to force the traditional telecommunications vendors to adopt an open orchestration model, the Radio Access Networks (RAN) have been undergoing a similar transformation with a different outcome.

Based on the same premises that market pressures have forced telecommunications traditional vendors to oligopolistic consolidations, some operators have been trying to open up RAN value chain by forcing the implementation of a disaggregated model.
Specifically, separating hardware from software and deploying radio solutions on commercial-off-the-shelf (COTS) hardware and virtualizing software logical elements such as Radio Remote Units (RRU)  and Base Band Units (BBU).
The RAN is the last part of the network that sees heavy proprietary implementation, from hardware to software to professional services, and most contracts tend to be for key-in-hand study, implementation, installation and maintenance where margins are fairly opaque. This is the bread and butter of traditional telco vendors.

The idea is that if you force all vendors to move to software and you can source COTS hardware, you gain CAPEX cost efficiency (COTS is cheaper than proprietary) and if you virtualize all the software, you gain OPEX cost efficiency (you can ideally software -manage everything, which leads to on demand use and cost, as well as vendor independance if the interfaces are open).
Predictably, just like in the case of telco clouds, traditional vendors hesitated cannibalizing a multi billion annual revenue. Unlike in telco cloud, though, a number of operators (BT, Deutsche Telekom, Telefonica, Vodafone...) elected to show how serious they were about RAN cost optimization and decided to approach a number of emerging vendors.
These vendors, unlike traditional telco vendors provide an array of innovative solutions, that are usually cloud-native (software defined, virtualized, hardware agnostic) and are eager to attack the incumbents market.
In order to show a clear market commitment, Telefonica and Vodafone released two years ago and last year a public tender within Facebook's TIP summit. This process is remarkable in the telco space in the fact that the list of invited companies (any company part of TIP), the content of the RFI and the ranking of the participating vendors were publicly announced.

The results ranked the vendors along their performance, openness and time to market readiness. The sponsoring operators committed to clear timeframe for lab trials, field trials and commercial deployments.
The tender showed that an ecosystem of innovative vendors was capable to emerge and complement the current value chain with adapted solutions.
Generally speaking these emerging companies do not have to manage the legacy of hundreds of obsolete product releases, which allows them to have a much faster development cycle. This is important because in many case, they do not have the product depth of their more mature competition (2G, 3G, 4G, 5G, small, mini, macro cells). On the other hand they also often lack the operational maturity to manage a RAN deployment at scale for a tier one operator.

Cloud RAN (cRAN), Virtualized RAN (vRAN) and Open RAN (O RAN) are all concepts that have emerged in the last few years to describe this emerging ecosystem. While most operators would rather continue purchasing from their traditional vendors, to reduce operational and financial risks, the race to 5G and the pressure on margins and operators stock prices is forcing them to reevaluate the RAN value chain.
Open, open source and disaggregation are trendy topics in telco, but they come with a steep learning curve as they force those who want to follow this path to actually change their operating model if they want to extract the most value.
The market needs the emergence of a new category of open source distributors, a Red Hat of telco open source if you will, as well as a new category of systems integrators that can take the effort of assembling these new vendors categories into coherent solutions and services that traditional telco will want to purchase.

Hit me up if you want more details on that market space, I am preparing a workshop and report on this.