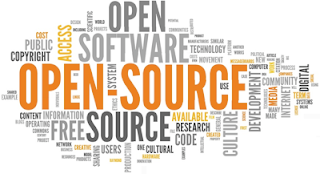 For those who know me, you know that I have been a firm supporter of openness by design for a long time. It is important not to conflate openness and open source when it comes to telco strategy, though.

Most network operators believe that any iteration of their network elements must be fully interoperable within their internal ecosystem (their network) and their external ecosystem (other telco networks). This is fundamentally what allows any phone user to roam and use any mobile networks around the planet.
This need for interoperability has reinforced the importance of standards such as ETSI and 3GPP and forums such as GSMA over the last 20 years. This interoperability by design has led to the creation of rigid interfaces, protocols and datagrams that preside over how network elements should integrate and interface in a telco and IP network.
While this model has worked well for the purpose of creating a unified global aggregation of networks with 3G/4G, departing from the fragmentation of 2G (GSM, CDMA, TDMA, AMPS...), it has also somewhat slowed down and stifled the pace of innovation for network functions.

The last few years have seen an explosion of innovation in networks, stemming from the emergence of data centers, clouds, SDN and virtualization. The benefits have been incredible, ranging from departing from proprietary hardware dependency, increased multi tenancy, resource elasticity, traffic programmability, automation and ultimately the atomization of network functions into microservices. This allowed the creation of higher level network abstractions without the need for low level programming or coding (for more on this, read anything ever written by the excellent Simon Wardley). These benefits have been systematically developed and enjoyed by those companies that needed to scale their networks the fastest: the webscalers.

In the process, as the technologies underlying these new networks passed from prototype, to product, to service, to microservice, they have become commoditized. Many of these technologies, once close to maturity, have been open sourced, allowing a community of similarly interested developers to flourish and develop new products and services.

Telecom operators were inspired by this movement and decided that they needed as well to evolve their networks to something more akin to an elastic cloud in order to decorrelate traffic growth from cost. Unfortunately, the desire for interoperability and the lack of engineering development resources led operators to try to influence and drive the development of a telco open source ecosystem without really participating in it. NFV (Networks function Virtualization) and telco Openstack are good examples of great ideas with poor results.Let's examine why:

NFV was an attempt to separate hardware from software, and stimulate a new ecosystem of vendors to develop telco functions in a more digital fashion. Unfortunately, the design of NFV was a quasi literal transposition of appliance functions, with little influence from SDN or micro service architecture. More importantly, it relied on an orchestration function that was going to become the "app store" of the network. This orchestrator, to be really vendor agnostic would have to be fully interoperable with all vendors adhering to the standard and preferably expose open interfaces to allow interchangeability of the network functions, and orchestrator vendors. In practice, none of the traditional telecom equipment manufacturers had plans to integrate with a third party orchestrators and would try to deploy their own as a condition for deploying their network functions. Correctly identifying the strategic risk, the community of operators started two competing open source projects: Open Source Mano (OSM) and Open Network Automation Platform (ONAP).
Without entering into the technical details, both projects suffered at varying degree from a cardinal sin. Open source development is not a spectator sport. You do not create an ecosystem or a community of developer. You do not demand contribution, you earn it. The only way open source projects are successful is if their main sponsors actively contribute (code, not diagrams or specs) and if the code goes into production and its benefits are easily illustrated. In both cases, most operators have opted on relying heavily on third party to develop what they envisioned, with insufficient real life experience to ensure the results were up to the task. Only those who roll their sleeves and develop really benefit from the projects.

Openstack was, in comparison, already a successful ecosystem and open source development forum when telco operators tried to bend it to their purpose. It had been deployed in many industries, ranging from banking, insurances, transportation, manufacturing, etc... and had a large developer community. Operators thought that piggybacking on this community would accelerate development and of an OpenStack suited for telco operation. The first efforts were to introduce traditional telco requirements (high availability, geo redundancy, granular scalability...) into a model that was fundamentally a best effort IT cloud infrastructure management. As I wrote 6 years ago, OpenStack at that stage was ill-suited for the telco environment. And it remained so. Operators resisted hiring engineers and coding sufficient functions into OpenStack to make it telco grade, instead relying on their traditional telco vendors to do the heavy lifting for them.

The lessons here are simple.
If you want to build a network that is open by design, to ensure vendor independence, you need to manage the control layer yourself. In all likeliness, tring to specify it and asking others to build it for you will fail if you've never built one before yourself.
Open source can be a good starting point, if you want to iterate and learn fast, prototype and test, get smart enough to know what is mature, what can should be bought, what should be developed and where is differential value. Don't expect open source to be a means for others to do your labour. The only way you get more out of open source than you put in is a long term investment with real contribution, not just guidance and governance.