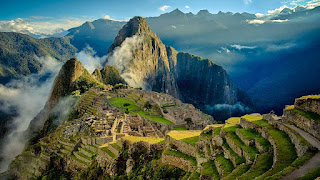 As I had teased in a previous post, one of the reasons I joined Telefonica is to explore how to change networks to make them more customer-centric. One of the teams I am supporting, in Telefonica Innovation, have been exploring how we can help provide affordable connectivity in the most remote parts of our footprint. Two thirds of the world is still not connected to the internet and Latin America has a large unserved population.
One of the technologies we have been evaluating is Project Loon.
Since 2014, Telefonica has been testing the technological capabilities of Project Loon. In 2014, we helped to bring internet connection for the first time to a rural school in Brazil as a test trial. Since 2016, we have been executing additional technical tests to use Project Loon’s technology as an extension to Telefonica’s mobile network to connect people in rural areas in Peru.
In the last few weeks, Peru has been hit by catastrophic floods and rainfall across many parts of the country. Hundreds of thousands of people have been affected and have seen their possessions, together with public infrastructure swept away. Telefonica´s terrestrial infrastructure suffered from failures and outages in some region and immediately, the teams started to repair the network.
Telefónica and Project Loon brought basic Internet connectivity across more than 40,000 Km2, providing over 160 GB worth of data –enough to send and receive roughly 30 million WhatsApp messages, or 2 million emails.
As part of this emergency, we agreed with Project Loon to temporarily expand the scope of the ongoing technical trials to provide emergency mobile connectivity to the affected areas while it continued to re-establish ground connectivity services.
For the past seven weeks, such collaboration led to connect tens of thousands of Telefonica customers on a daily basis across the most affected areas in the centre and northeast areas of Peru. Project Loon’s deployed infrastructure enabled Telefonica to deliver more than 160 GB of mobile data to its customers in areas outside Lima, Chimbote and Piura.
This is the first time that balloon-powered internet has connected tens of thousands of people. The joint trials in previous months had focused on integrating Project Loon's technology into Telefonica’s network to connect people to the internet in remote areas but this was the first deployment of the technology on this scale.
The company focused on bringing the best connectivity support in these emergency situations, especially in the most affected areas. It was a complex logistical challenge under extreme circumstances.
This effort was an exceptional demonstration of capacity to come together to help out people in times of need. Telefonica is committed to provide sustainable access to internet for all.
Stay tuned, I will provide updates over the coming months on how we are going to achieve that.
Posted by Patrick Lopez at 17.5.17 No comments:

These slides were presented in May 2017 at the NFV World Congress in San Jose.
They illustrate how we are looking at deploying cloud microservices at the edge of our networks to provide unique experiences using SDN, open source and NFV.