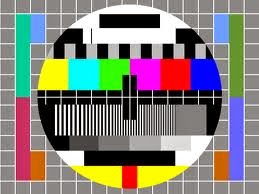 The recent emergence of LTE broadcast and eMBMS has prompted many companies to bet much R&D and marketing dollar on the resurgence of the mobile TV model.

I have trouble believing that many mobile users will be tuning-in "en masse" at regular appointment to watch their favorite show on a mobile device.
There is nothing wrong with Pay TV, its audience is stable-ish and while most would see OTT services compete for these eyeballs, I see them as a more complementary play. Pay TV is here to stay and I do not see cord cutting as a credible threat in the short term, more cord shaving or cord picking.

Many have been developing and promoting mobile TV models in the past either through broadcast or unicast technologies. The long defunct services from Qualcomm (MediaFLO) and DVB-H should serve as cautionary tales to those who are betting on the next generation of broadcast services.

Many fail to understand that mobile TV is not attractive to most people in many circumstances. If you are like me, you will watch TV programs, by order of convenience:


Don't get me wrong I watch a good amount of video on mobile, just not TV programs. I remember living in Switzerland some 10 years ago and having one of the first video phones 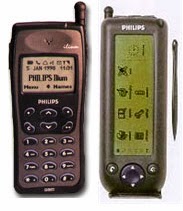 that would perform video calls and stream mobile TV. Past the novelty aspect, no one was watching TV on their phone then, and it wasn't due to network capacity or video quality. Having a video phone then was seriously cool but that did not take away the fact that the TV content I wanted to watch was not available when I wanted to watch it. My Sonyericsson K600 (remember?) joined my first Smartphone (Philips Ilium, I designed it at Philips) and my first MMS phone (ericsson T68i) in my private museum together with my first PDA (I sent the world's first picture message on a CDMA iPAQ in 2002).

This is mostly due to the fact that TV is an appointment experience. I like to be comfortable watching TV because I watch only very specific programs. When I sit down to watch TV, I mostly know beforehand what I will watch. The videos I watch on mobile are not necessarily only short form content but I don't mind being interrupted as much because in my mind, it is mostly light entertainment that does not require concentration nor continuity. It is also mostly serendipitous in nature, I do not necessarily plan what I will watch in advance.
I know that my children and their elder's behavior is similar. They might watch more long form content on their mobile than me but they are mostly not watching TV content.
While some see broadcast as a means to considerably reduce video load on mobile networks, I think they are missing the point. TV by appointment is a very small portion of the preferred usage, for very specific content, in very specific circumstances. Broadcast TV on mobile makes very little sense apart from niche usage (stadiums,...).

I don't think that because LTE offers  better network capacity, higher speeds, better quality pictures it will make a better mobile TV service. Don't think for a second that subscribers will pay more than a couple of bucks per month (if anything) to have a TV experience on mobile. People pay for quality, relevance and immediacy on mobile, not the best attributes for broadcast. So before you think about "monetizing" my mobile TV experience, think hard because I won't pay for TV broadcast on mobile.

If you haven't read the other posts in this series, you can find them here for context.
Pay TV vs. OTT:
Part I: The business models
Part II: Managed devices and services vs. OTT
Part III: CE vendors and companion screens
Part IV: Clash of the titans

"The recent emergence of LTE broadcast and eMBMS has prompted many companies to bet much R&D and marketing dollar on the resurgence of the mobile TV model."

Could you tell us who is betting its money on the resurgence of Mobile TV?

Expway is involved in several commercial deployments and trials on eMBMS in the world. And to be honest, Mobile TV is rarely mentioned as THE main use case, and certainly never as the one that justify alone the investment.

eMBMS will soon become a commodity (ask infra vendors and chipset vendors for confirmation): it allows a whole new range of services in dense areas (stadium is one example). And it will also be used to optimize many other mass services (Mobile TV, Mobile Radio, eMagazines and B2B applications).

As a conclusion, associating too closely Mobile TV and eMBMS is indirectly misleading your readers on the benefits of the latter.

I think you might have misread my post. I don't think this is an issue of technology but one of service. On who is betting money, Ericsson certainly comes to mind with several announcements on the matter.

On misleading my readers, this is my blog and this is my opinion. I am not "misleading" anyone. If eMBMS is not the primary vehicle for mobile TV, then companies that are deploying it must stop using it as a desirable service example and find new ones (mobile radio and eMagazines, whatever this is, don't come to mind as profitable alternatives).

eMBMS being a commodity does not indicate its desirability or usefulness. The entire mobile industry has a long history of designing and rolling-out technology that has little usefulness or attractiveness for the end user.

Wouldn't the fact that Expway's mission itself quotes live TV delivery to tablets, smartphones [...] prominently as a service could be construed as misleading according to your definition?

At last, I see use cases that can be profitable for LTE broadcast, in automotive and transport entertainment, but again, this is not a technological challenge, more an ecosystem and delivery chain challenge. As I said, it is not about the technology, it is about the service.

a good article relating viewing habit/preferences and the network